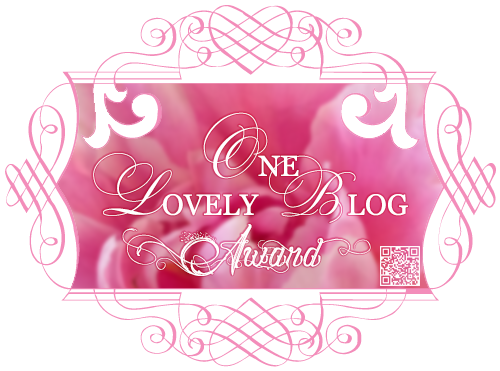 My thanks to Elizabeth @marriagetroublesite.wordpress.com for the nomination.

1.  Thank the person who nominated you.

4.  Let the people know they have been nominated.

SEVEN FACTS ABOUT ME:

1.  I have the rarest eye color in the world.  So does my youngest daughter.  Only 2% of the entire population have green eyes.  Not only do we have green eyes, we both have central heterochromia iridum.  Our pupils are surrounded by yellow and the outer iris is green.  I also have sectoral heterochromia.  I have a brown spot in one of my eyes.  She does not.
My oldest daughter has the appearance of complete heterochromia, like David Bowie.  Like him, hers is the result of an injury which is technically called aniscoria.  She was hit in the face by a hard kicked soccer ball and one pupil is permanently frozen in a dilated position.

2.  I never had wisdom teeth nor did my mama.  That is a result of a mutation that happens in 35% of the population.  Unfortunately, I didn’t pass that along to any of my children.
There is recent evidence that the suppression of wisdom teeth was a mutation that popped up in China three to four hundred thousand years ago.

3.  My feet are so different, they look like they belong to separate people.  They are also different sizes.  (I wouldn’t be surprised if one day I found out that I was the result of a scientific experiment gone horribly wrong.)

4.  I’ve scared many a neighbor (and still do) by walking down a ladder from my roof, like I walk down stairs.  It never made any sense to me to crawl down a ladder backward.

5.  I can spell complete sentences and have never met but one other person who not only could understand every word I spell, they could respond in kind.

6.  If I care about you and you need me, I would crawl on my hands and knees to the ends of the Earth to help you…but if you fuck me over, you’re on your own.

7.  I really hate to write and I think everything I write is rubbish.

Pansy Faye’s grandfather and Elwyn Turner were loosely based on my grandpa.  He was an entrepreneur who owned cafes, fillin’ stations and little grocery stores.  He would let people take a loaf of bread or a gallon of milk or a pack of cigarettes, with the promise of repayment on payday.  Most of them returned.  Some of them didn’t.

Lucy Maes’ character was loosely based on a man who owned a tire place in the middle of town.  My friend and I knew the owners of a restaurant next door and we stopped by to grab a bite to eat.  This man was eating a salad for lunch, started laughing and then started choking.  I thought about trying to dislodge whatever was in his mouth but I was told to stay away.
Since it was prior to 1973, EMS had not yet been established.  I remember everybody just standing around, watching this man choke to death.

My daddy was by no means a Baptist preacher but Reverend Smythes’ reading habits were loosely based on him.  He loved to read Earl Stanley Gardner books and was even known to read a Harlequin Romance Novel.

Ron Carson’s sons’ names were based on the husband of a friend of mine when I lived in Philadelphia.  His name was Paul Peter.  He had a brother named Peter Paul.

The airplane crash was based on a crash that happened near my hometown. A large jumbo jet collided with a small private plane.  It was the first crash investigated by the NTSB.  None of the passengers survived and the only body intact was a stewardess found in a tree, still strapped to her jumpseat.  People were combing through the woods, taking jewelry from limbs.

The story about the cats in the well was fictional.

Matt Perkins was a fictional character.

Joshua Beacham was the fictional name of a real person.  The entire story is true.

Chick Larson was a fictional character.

Myrna Brown was the fictional name of a real person.  I did not know her personally but I knew of her through one of my roommates.
She did work at the Whisk A Go-Go in Augusta, Georgia.
Did she really roll one of the most famous golfers of all time while he was there for the Masters?  Yes, she did.
Do I know who it was?  Yes, I do.
Will I divulge his name?  No.

Sherry Plemmons was based on a real person.  The tragic events that I wrote about really happened.

The person telling the story is loosely based on Loser in that he would use any means available, be it charm, lies, hollow flattery or bullying to get information.

His daddy really did tell him to be nice to the ugly girls as well as the pretty ones because the ugly ones would be so grateful for the attention, they would do anything.

Although he fully expected to win a Pulitzer Prize, he never did.